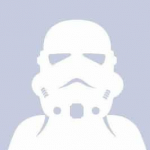 Maverick is a nice person.

What, did you expect a full on history lesson? Well buckle up, because this is one rocky road. So, let me put this in simple terms.

Surprise! It's your daughter!

Surprise! You're back to life!

Surprise! You're a girl now!

Surprise! You still have a crush on this chick!

Surprise! I have no idea what the hell is going on anymore...

While Maverick thinks he's awesome, and is better than his "brother" Mando_Knight, the Legendary Underscore uses his amazing Magic the Gathering skills to blow the crowd away.

He RPs in all RPs like a boss, making characters for clubs, and using them almost never. With his main cast of George, Qx'nath, Shaves, Insanire, and Cap, Seves, and Isaiah Andea, he RPs very efficiently, with room for missions for other clubs.

Yeah, beat that! Mando also is the ruler of two Capitalist Paradises. He can afford to wreck Mav with complete skill. *Air horns blare..* xP

What Mando doesn't realize is that capitalism is for NERDS!!!

But what Mav doesn't realize is that communist failed, and is terrible. And why would I work hard if I know I get paid the same. Have you read Animal Farm. 10/10, would read again...(Mav-No, I haven't. But I REALLY want to.) Anyway, it is an analogy for the Russian revolution, and communism. "We are all created equal, but some, more equal than others..." And with trading, THERE IS NO INTEREST, OR LOANS, OR BANKS! SO YEAH!!!!!!! The reason we assume he wants to use communism, or trade, is because he failed to mention it. therefor we can assume it! (#DebateStragety.)

....I don't like communism... :P And that's (At least what I've heard) how you basically lose all credibility in a debate. :P And I will admit, your idea seems pretty nice. BUT, there are some flaws. In places like (insert 3rd world African country here), do you think that capitalism would work? And that there'd be parties? And also...I don't like the party system, it perpetuates generalizing enemies.

When you have a party system, there's bound to be people who say, "Oh, I don't like him. He's a (insert political party here)." It just further separates people. For America, I'd recommend an individual candidate voting system, where you start in your home area (i.e. Southwest, the North, Bible Belt, etc.), and then if you get nominated, you go on to face the other, like, 5 candidates. And none of this "electoral college" garbage, just pure democracy. Let the people pick.

For Socialism, it is PERFECT in certain situations/places. In Sweden, it's REALLY good there, and it's Socialist (Note-Correlation is not causation, just because Sweden is Socialist doesn't mean that Socialism is a god.). But in other circumstances, Socialism just wouldn't work. Like, say, in China. Where there's, like, half of Earth's population there. :P If a select few people had to basically pay for everyone else's well being (When the workers are basically being paid 2 cents an hour), then all of China would just fall into hell. Again.

And for capitalism....I dunno. It has it's pros, but it also has it's cons. It promotes working, but in a large population with limited opportunities, capitalism wouldn't work because of how many homeless people there would be. COUGH COUGH AMERICA COUGH COUGH And you might say, "Oh Mav, why don't people just DONATE to the homeless!" First off, a good chunk of people can barely live on their money, much less donate. Secondly, people just don't care enough. And you're also talking about Socialism here. :P Capitalism also has its problems when selling to other, non-capitalistic countries. It just becomes confusing.

Ah, that is true. But, currently, there is no TRUE capitalist country, IRL. Simply because the government steps in, and does stuff. :P Now, I would prefer it, if Welfare is only for people who can't work. Instead, we should give those people a job, so they aren't trapped feeding off the government money, ultimately being enslaved to them. you see, in the 8th centeruy, when Isereal switched from just growing your own food, and for the king (Taxes.), they had merchants. the merchants exploited the farmer's need, and basically enslaved them.

I mean yeah, there is none. In America's "capitalism", the government HAS to step in or else everything would fall into hell. But, that doesn't mean America's doing it well. :P

no one is doing it well. :P

We could switch to Feudalism... JK!

I honestly don't care enough about neither politics nor economics to know what Feudalism is. :P

Yeah, I learned just before I saw this. :P

Retrieved from "https://lcrp.fandom.com/wiki/User:SithMaverick?oldid=745"
Community content is available under CC-BY-SA unless otherwise noted.